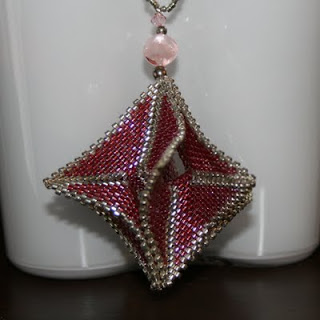 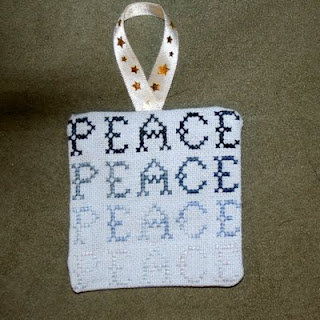 I just got word that two of my ornaments were received, and I received one today. I made the entirely beaded one, and the bell-pull style, and received the "PEACE" ornament. For those of you who read the Wagon, the entirely beaded ornament was the one I wrote a post about a few months back, asking if people wanted/would appreciate a beaded ornament. I described the ornament as a hot-pink tie-fighter, and don't think the description is that far off.
Posted by Karin at 9:12 PM 5 comments: