I'm behind in my jewelery class (again - not a surprise), and so I will likely spend the weekend working on projects for that. It's a long class (2 full university semesters), and the novelty of the class has long worn off. I still enjoy it, but no longer have the passion and enthusiasm that I once did.

Sometime between now and the end of class I have to:

1) Remake the beads in the purple necklace shown several posts ago. In my head, the beads were always a pale sea-glass coloured aqua, and I've now decided I can't live with the purple.

2) Solder metal jumprings on to the empty spaces between the beads. They were always supposed to be there, but I didn't get time to do them before the due date.

3) Make a bunch of beads and charms for a charm bracelet I'm working on as my final project. The bracelet's done, as are the pins to put the beads on, but, I just need to do beads and charms.

4) Finish the eternal chain necklace. Some how I thought it would be cute/delecate to create a 22 gauge necklace. It's not...I'm about 9 or 10 inches in, and it's now just taking a long time. Although it is looking pretty good.

5)Create the slides for the necklace. Because the necklace is so delicate, I don't think it will hold a pendant well, so I was thinking of creating slider beads for it - one in glass and one in peyote stitch.

I decided to take a short jaunt down to Vegas with some friends this week - the attraction of warm weather and sunshine (and shopping!) was too much to resist, and so I thought I'd take a quick break. It was a nice break, and good to catch up with my friends, but equally as good to be back home again. In Vegas, we went to the Star Trek Experience at the Hilton, mostly at the request of one of my (male) friends. Not being a trekie, or even close, I had a very blank look on my face as the tour guide asked what part of a series or movie a certain character or sequence was from. Fortunately, I was with another female who hadn't watched any of the movies or series either, and so the two of us were able to commiserate during the tour.

I finished up Monique's Blog Candy gift this afternoon, and it should be in the mail tomorrow, and hopefully in her hands shortly! I'd actually started this one right after my first two items, but decided it didn't really suit the next recipient, Christine, and so I hope Monique likes it. She's posted that she likes green, so I hope it suits her.
Posted by Karin at 9:25 PM 8 comments:

Thanks for the compliments on Christine's pay-it-forward gift. I used a pattern from a book called "Beaded Favors" by Jennie Might. I purchased it at Shipwreck Beads several years ago in Washington, and I think it's still available.

If you want to have a go at this on your own, there are several good tutorials for peyote stitch on line - you'll need tubular peyote for the sides of the case and flat round peyote stitch for the top and bottom. There are some free peyote stitch patterns available on the net as well.
Posted by Karin at 11:22 AM 1 comment: 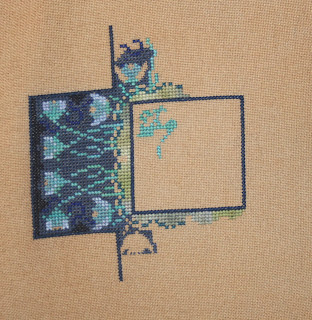 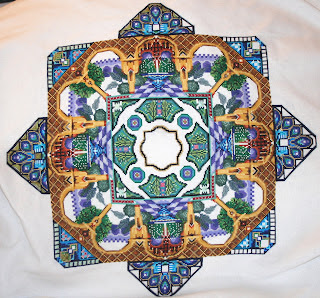 I received my Egyptian Garden chart and supplies this week, and of course, I had to put a few stitches in the fabric. This is my progress to date. I also managed to do a few more of the specialty stitches on Alhambra, and I'm hoping to have that completed soon. I decided to go with the alternate centre - on 32 count, the beads just didn't lie nicely no matter what I tried, and so I'll be doing mostly cross stitch instead.
Posted by Karin at 10:51 AM 15 comments: 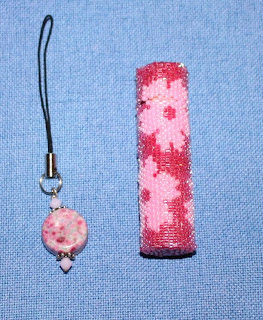 Christine just emailed me to let me know that she received her needlecase and cellphone charm today. I'd created the little needlecase based on one I sent in an exchange last year, but without the japanese character on the front. I'd also included the little cell phone charm to match - I wanted something for spring, especially as both Christine and I live in Canada, where winter can seem to drag on forever.
Posted by Karin at 5:42 PM 11 comments: 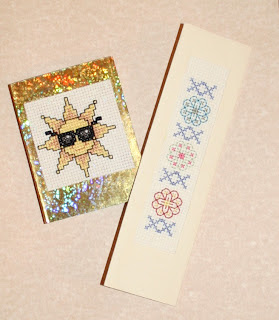 Doesn't it always seem that pay-it-forward and blog candy gifts arrive just when you need a pick-me-up? This lovely bookmark and little notebook found their way into my mailbox today. They were both stitched Vicki, and I love how the colours are so happy.

I also managed to update my progress on in the WIP pictures on the side of the blog. I realized how much progress I'd made since Christmas, which was the last time I'd updated the pictures.
Posted by Karin at 9:09 PM 4 comments:

The rest of the weekend

Things are getting easier here - a little time, a little retail therapy, a few cuddles with the other kitty, and a little stash purge are of great comfort.

I purchased a new camera this weekend - I'd been eyeing a Canon Rebel for some time, and Costco had it at a good price. In packing up the old camera, I found the receipt for my old Canon A80 - the Rebel, with lens and carry-bag now costs only $30 more than the A80 did back then.

I also spent a good portion of the weekend going through a good stash purge. I have beads from 15 years ago, in colours I'll never use. There's apparently a craft supply sale that will be happening soon, and the proceeds will be going to help women in Africa. So I packed up a lot of beads (over 60 bags) and organized them all, along with some cross-stitch booklets, supplies and a few other things. I wonder if I can call the beads "vintage" because of their age!

I also shipped off the blog-candy package to Christine. I hate that packages in Canada cost more to ship than those to the US. It rarely costs me more than $2 to ship to the States, but it always seems to cost me more to ship within Canada. I hope Christine gets the package soon, as I really liked the finished product of what I made her.
Posted by Karin at 12:05 AM 7 comments: 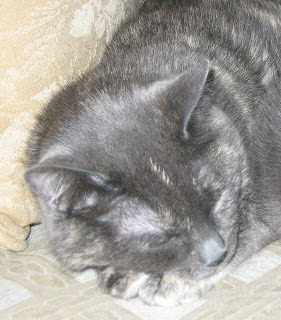 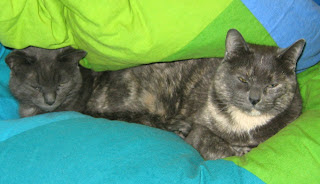 I'm writing this through tears, as I know there's nothing that will console me at the moment. I lost my kitty of almost 10 years today. She'd been unusually quiet and down all week, and last night she was ill enough that I thought that needed she go to the vet. They kept her in overnight, and did everything they could, but about 1 pm today the vet phoned me with the news that her little body was slowly shutting down. I went to the vet's office, and there was nothing more that they could do for her. I held her as she was put to sleep, and although it was one of the hardest things that I ever had to do, I know it was the right thing for her. There was nothing that was going to bring back the kitty that I loved.

She really was the sweetest kitty. She loved to be beside or even near people, especially if they would scratch between her ears. She had the kindest and mellowest personality of any cat I've ever met - just the perfect kitty - quiet, careful, observant and loving. She loved to sit and watch the world go by, and spent many hours just contemplating life. She was adored by her sister, Sabine, and myself as well as the rest of my family.

I adopted her and her sister from a no-kill shelter almost 10 years ago - her and the other kitty (Sabine) were cuddled together on the floor of a stack of cages at a display at the pet store. From the moment I walked in, I knew those were "my" kitties - the little grey puddle of fur made up of two kitties on the floor had me, and they came to live with me soon after. They were two kittens that shouldn't have made it - they were hand raised after their mother died when they were several days old. The person who first looked after them knew that they needed to go to a home together because they were so bonded together. She was named because "Shaely" or "Shay-ley" aways reminded me of something Celtic, and because it meant "Beautiful" in Swahili, and "Peaceful" in Gaelic. She reminded me of both.

As I was going through photos of Shaely trying to select something for the blog, I realized how few of just her I have - I always have photos of her and Sabine together.

I will miss Shaely terribly, as will Sabine. We will both meet her on the other side of the Rainbow Bridge. I know she will be there, sitting with her paws tucked in, just waiting for both of us.

If your reading this, and you have a pet at home, please give them a hug for me. I know Shaely would want them to have all of the hugs that I can't give her anymore.
Posted by Karin at 7:47 PM 23 comments:

A funeral for a camera 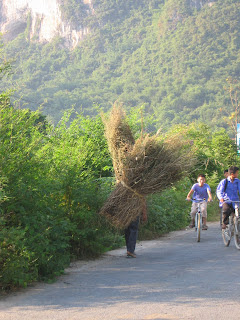 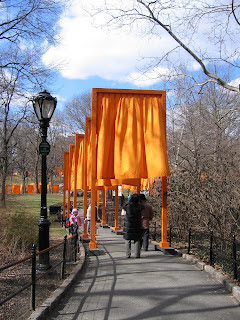 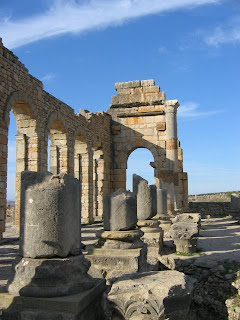 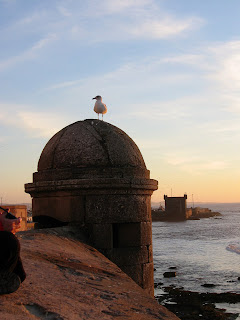 I've been carting my beloved Canon A80 on my travels for many years now. I think I bought it right before a trip to Victoria several years ago, and it's been my faithful traveling companion ever since. It's now developed an "error" and all of the recommended methods of fixing the camera aren't working. I thought I'd post some pictures that I took with it, as a reminder of all of the great pictures that it took.

I did manage to finish up one of the Blog Candy gifts last night. I'm happy with how it turned out. I just need to put together some little treats to go with it, and ship it off. I'm hoping to finish the remaining gifts before my blog anniversary next month, so we'll see how that goes. Life is still getting in the way of doing much stitching, but I hope to be back at it soon.

I did receive the fabric for St. Petersburg yesterday, and it's lovely. It's a perfect french blue sky colour, which is what I was hoping for.
Posted by Karin at 7:10 AM 7 comments:

I didn't make all of the February goals, or maybe I just did things differently.

I did finish all of the cross stitching on Alhambra, plus some of the specialty stitching. I didn't finish my Christmas Ornament or the gift, both of which I need to work on this weekend.

It's been a long and tough week. I ended up with over 100 emails on a volunteer situation gone bad. It's tough because I like all of the people involved, but I know they have different viewpoints on what's gone one... I guess I'll have to stay tuned for the result of this one.

March's goals are:
1) Stitch 3 pay it forward gifts (1 from last month and 2 new ones)
2) Finish one Christmas Ornament
3) Finish the top right/centre section of Watergarden.
Posted by Karin at 8:58 AM 2 comments: